Jack Skellington, the pumpkin king, got tired of Halloween. He discovers Christmas Town, where everything is cheerful. This excites him, and his new goal is to bring Christmas to his town, but this causes confusion.

“The Nightmare Before Christmas” is the best of both worlds. It does not matter if you prefer it to watch it on Christmas or Halloween.

Personally, it feels more like a Christmas movie. Why? Because Jack is trying to recreate Christmas but does not fully understand it. The message in “The Nightmare Before Christmas” is more about the Christmas Spirit than Halloween.

This movie has been imagined by Tim Burton, but it’s not directed by him. A lot of people credit Tim for leading this, but the real director is Henry Selick. He is known for many stop-motion movies. Just check out IMDB for some of his films.

The setting is a combination of Tim and Henry’s style. The darkness, the characters, the town, they all are well designed. It gives us a pleasant spooky atmosphere.

There is some excellent camera work that delivers us some great scenes. For example: when Jack walks in front of the big moon. That scene is just beautiful to see. I consider these movies like “The Nightmare Before Christmas” as art.  It makes me appreciate the hard work behind it. 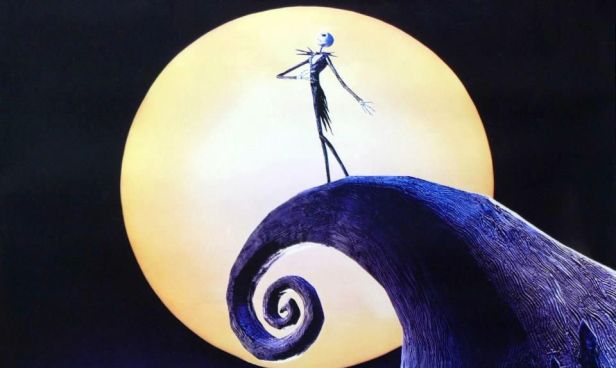 The film addresses some emotions like depression. Someone like Jack, who is the Pumpkin King, has still a feeling of missing something. This void causes him to have depression because he is merely bored.

Sally is the voice of reasoning. But even she carves for Jack’s attention, but he does not notice. Giving Sally a feeling of loneliness and being ignored.

These are some reflections on our lives.

Sometimes we do not see what is really standing in front of us. In Jack’s case, it’s Sally. This will appeal to an older audience, as kids won’t fully understand these emotions.

There are so many good songs, but my favorite one is “What’s this?” This song feels like Christmas compared to other songs that are somewhat Halloween songs.

And the lyrics are so catchy and fun to sing along with.

Want a reminder of the song? I’m sure you heard it, even if you haven’t watched “The Nightmare Before Christmas” yet. Check the video down below!

Watch this movie at Christmas or Halloween. It does not matter, as long as you enjoy it! “The Nightmare Before Christmas” is a fun, family movie and is a short movie.

The songs are catchy, the setting is stunning, the stop-motion is wonderfull. This came out in 1993, and it still holds up!